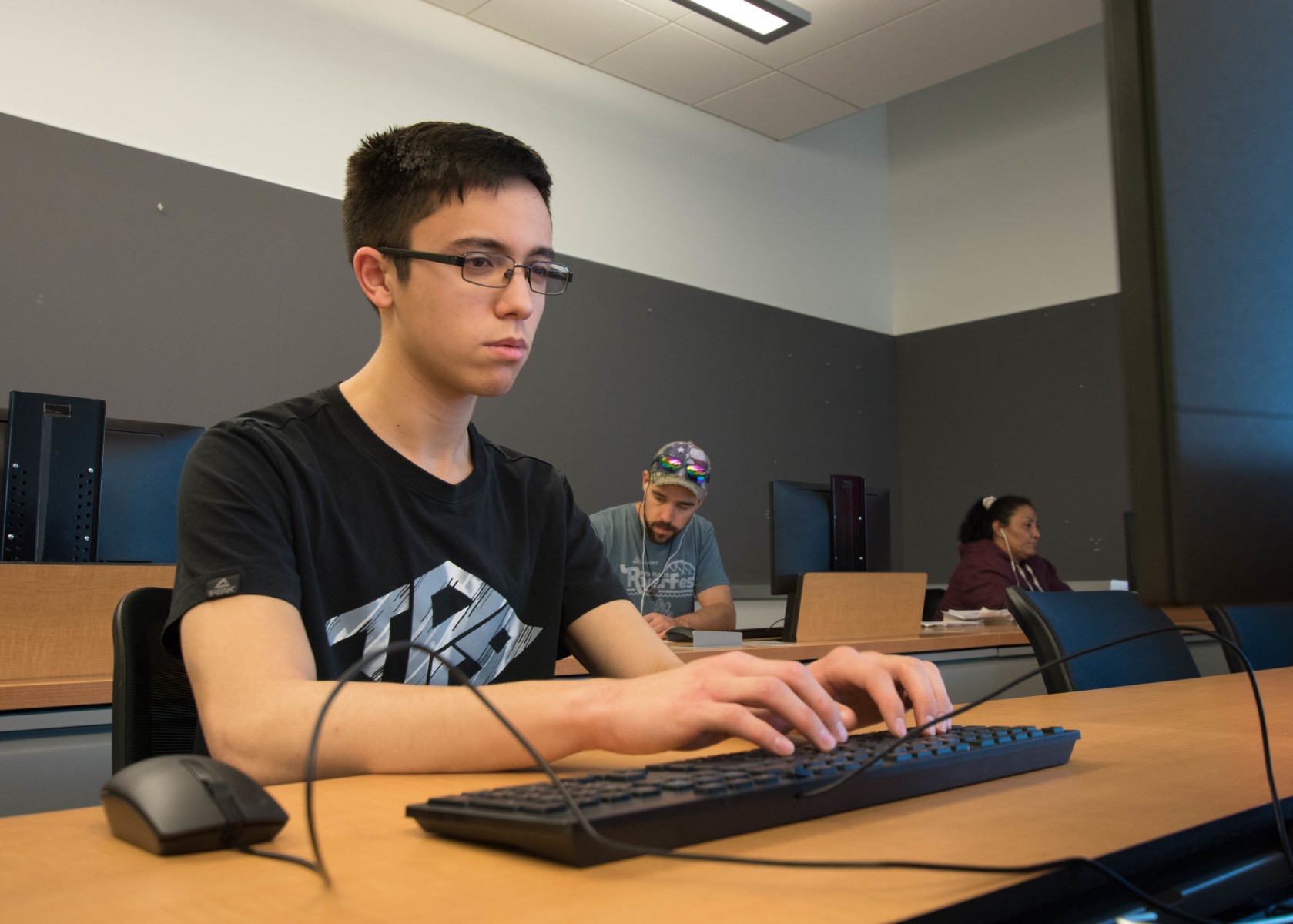 18-year-old will graduate from MSU Denver, then from high school.

When Alex Jones was about 3 years old, he was multiplying numbers.

So it’s not completely surprising that at age 18 he’ll earn his bachelor’s degree in computer science this week – before he receives his high school diploma from Denver Online High School on May 23.

He sees it as a milestone along the way to still-greater things.

“It’s a steppingstone, a way to better myself,” he says. “But it’s also kind of surreal because it’s not exactly a normal thing to do.”

How’d he do it? Work. A lot of work. Indeed, he’s spent the past five years putting in 18-hour days stuffing his head full of everything from arithmetic to zoology.

Maybe. But he’s really good at spotting opportunities. He says when he was in eighth grade at the Denver Center for International Studies, a magnet school that serves middle and high school students, he learned about the Concurrent Enrollment Programs Act. Colorado lawmakers in 2009 passed the act, which lets secondary-school students take college classes simultaneously with their standard curriculum.

“It seemed like a cool opportunity, so I decided to go for it,” Jones says.

He ended up with an associate’s degree from the Community College of Denver and then enrolled in Metropolitan State University of Denver two years ago. He took 20 hours of college classes a semester – all while juggling his hobbies of Shaolin martial arts, classical piano, violin, drawing and video games.

“I learned to make lists of everything I had to do, and then I’d write when it was due. It was kind of just knowing what needs to be done, and then I’d do it,” he says. “I don’t get stressed very much.”

His advice to stressed-out students: “Have a lot of good support, and don’t be afraid to ask for help.”

He admits that being so young in classes full of older students was a little awkward at first, but he says he got over it.

“I just focused on what I needed to do and did it,” Jones says. “And I think the older, nontraditional students just looked at all of us as being younger, so I fit in that way.”

He says he chose MSU Denver because “it was close, it was inexpensive and it had a degree in computer science.”

His next goal is to be the youngest 2nd lieutenant in the Air Force, with a long-term goal of using his computer skills in cyber warfare.

If the military option doesn’t pan out, he says, he’ll look for a job.

“I wouldn’t mind working at Lockheed Martin,” he says. “I’m kind of a space nerd, too.”

He says his motivation and drive come from “just wanting to push myself to the limit. And I haven’t reached my limit yet. It’s been really rewarding doing all of this, and I’m not going to stop now.”